As this map shows, the Motor Parkway (lower portion of map) ran over the railroad tracks on the left side of map and formed (or was near) the border between East Williston and Albertson. An overpass for the Parkway once went over the tracks but has been dismantled over the past 20 or so years. The pictures that follow are of the roadway as it exists today between the railroad tracks on the west and Roslyn Road (shown here as Mineola Road) on the east. The roadway is accessible by climbing up the hill that borders the southern part of Croyden Court which actually didn't exist when this map was shown (see next map). It appears to be land (17 acres) owned by J. Valentine. I've drawn in this newer portion of Croyden Court (in blue shading) running parallel to the roadway. The Motor Parkway roadway ends overlooking Roslyn Road with a stone wall put after the close of the roadway. Several posts are found as these pictures show, however many border private houses.

This is the original map without my drawing in of today's part of Croyden Court that runs parallel to the Motor Parkway (shown in the above map in blue).

Here are some views looking east between the railroad tracks and Roslyn Road.

A post is shown on the right of this picture. The following pictures show more posts that actually border private homes. 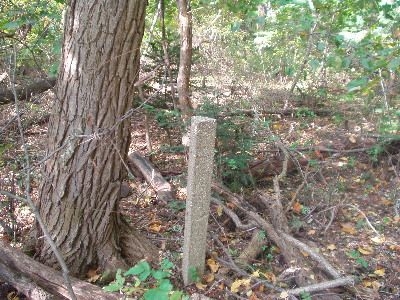 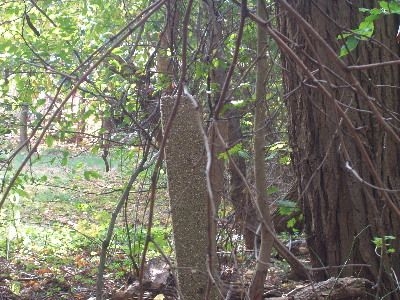 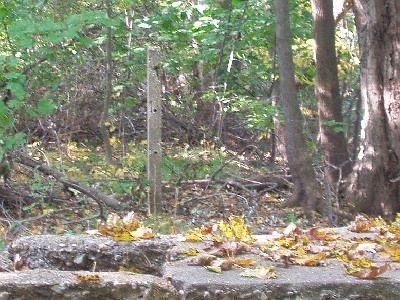 The stone wall in the background of this picture signifies where the Motor Parkway came to a halt before extending over Roslyn Road. On the other side of the wall is a drop down to the road. 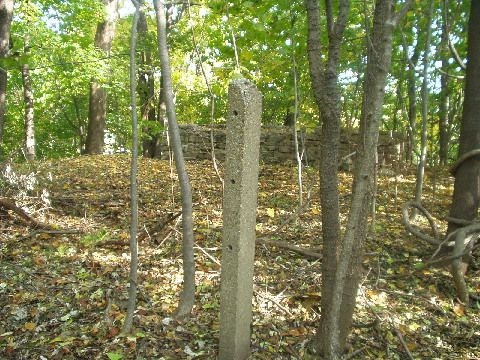 Close-up of the wall.

The End of the Road

Here's the top of the wall overlooking the drop down to Roslyn Road. A soon to be added page will follow that will show the Motor Parkway as it stands today across Roslyn Road from this point.