Traveling east through Levittown and into Bethpage, the Motor Parkway crossed over Broadway near Arthur Street and approached what was called Dead Man's Curve. More of Dead Man's Curve is detailed in the next two pages, however this page shows the approach which stradles a LIPA right of way (see next photo). The pictures were taken in January of 2005 and were taken with the approval of the owner of the property that butts up against the Motor Parkway. The photos show many posts which are still in good condition and pieces of the actual roadway that have been dug up over the years. At the time these pictures were taken, the US Navy had contracted to do drilling in support of a clean-up that resulted from the Navy's use of its Grumman facility in Bethpage years earlier. I was told by the Commissioner of the Bethpage Water District that the drilling should not have disturbed the Motor Parkway.

This is the Motor Parkway looking west from across Broadway in Bethpage.

This is a post along Broadway. Most of the other posts shown on this page were on the property of the homeowner I met who was very gracious in detailing some of his knowledge of the Motor Parkway.

These posts run east - west along a series of trees on the homeowner's property and begin on the other of Broadway from where the first picture in this set was taken. The individual indicated the house he lives in was actually some sort of luncheonette - the Pepsi sign is still in his basement. Other pictures that follow are taken on his property and along fences that border his and his neighbor's property in back of him. I'll point out the twisted wire that was used in the posts where appropriate

Along Fence Between Properties

These posts ran north and south and form the divider between two backyards.

Check Out The Twisted Wire

Posts were found bordering the property of the homeownwer's backyard neighbor, whom the homeowner said is ninety years old.

Look closely and you will see the twisted wire continuing between a number of posts.

Look Closely Above The Tire

One In The Distance

These pictures show chunks of the original roadway just sitting in the area leading up to Deadman's Curve. The curve is noticeable in pictures that follow. 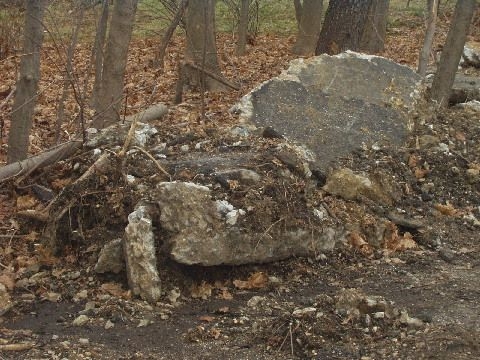 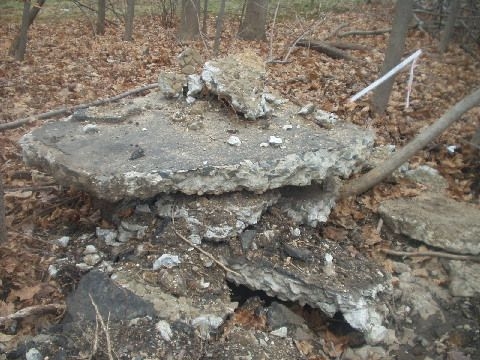 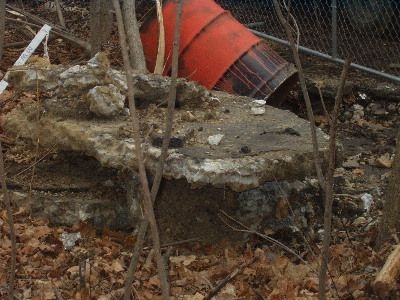 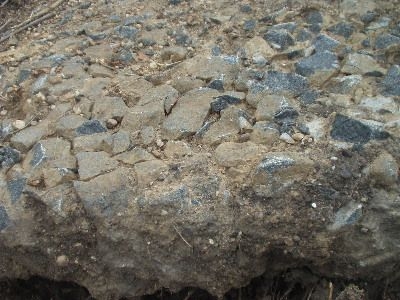 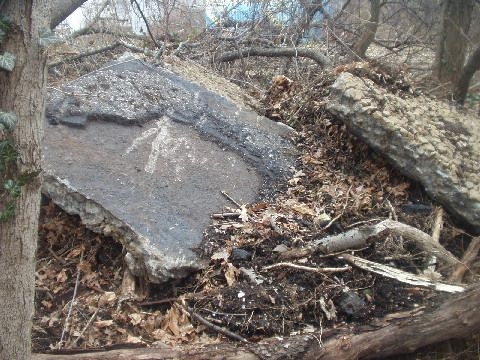 These next few pictures show portions of the curve that the Motor Parkway followed. This portion was located east of the earlier photos on this page (east of Brodway) and a little south of the homeowner's property that was shown earlier. The open area is the LIPA right of way discussed in the opening paragraph.