This page details the Motor Parkway in Bethpage State Park. During explorations in 2006, 2009, 2014 and 2015 I found a total of 3, possibly 5 posts and remnants of the Parkway itself. Other websites, most prominently vanderbiltcupraces.com, have described the recent uncovering and resurfacing of the parkway in the park since 2012 with the hope that markers would be erected noting the parkway's significance. However, as of 2015 no makers have been erected!

The picture below shows the approximate locations of three Motor Parkway posts in the park. Another 2 posts I found are shown in the 2006 section below, but unfortunately when I took the picture I did not jot down their location. These might be the same posts shown in the more recent photos but I don't think so. I've labeled the posts of known location A, B, and C.

These photos were taken in 2009 and 2014 of a post along the road leading to the picnic area parking lot. There is an electrical tower nearby with metal fencing around it shown in the second row of pictures. The post is off the road to the left, when heading towards the parking lot and is diagonally across from an "authorized entrance only" driveway that leads into the golf course.

Post B - Along the Entrance into the New Bikeway

These pictures were taken along the newly surfaced bikeway which parallels (and sometimes is on) the Motor Parkway. The first picture shows Post B to the right of the bikeway just as you enter this new section (i.e., going straight onto the bikeway if you were not to turn left into the picnic area parking lot). The post is next to a tree and is sticking out only a few feet above the ground.

These next pictures are of a newly found post further along the bikeway near the 0.3 mileage indicator.

(also shown below). There is an electrical tower behind the post as shown in the below right photo.

2015 - Golf Course in Background in Left Photo Below

Motor Parkway Roadway Near the Posts - 2014 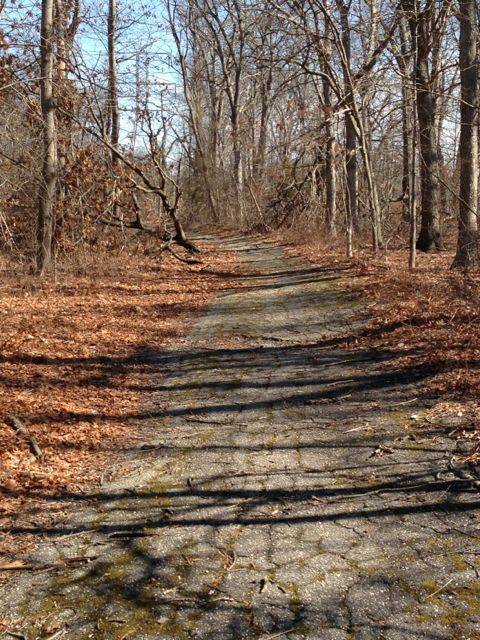 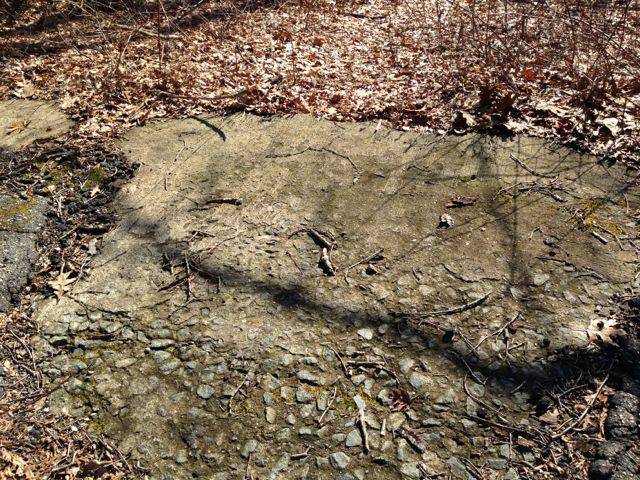 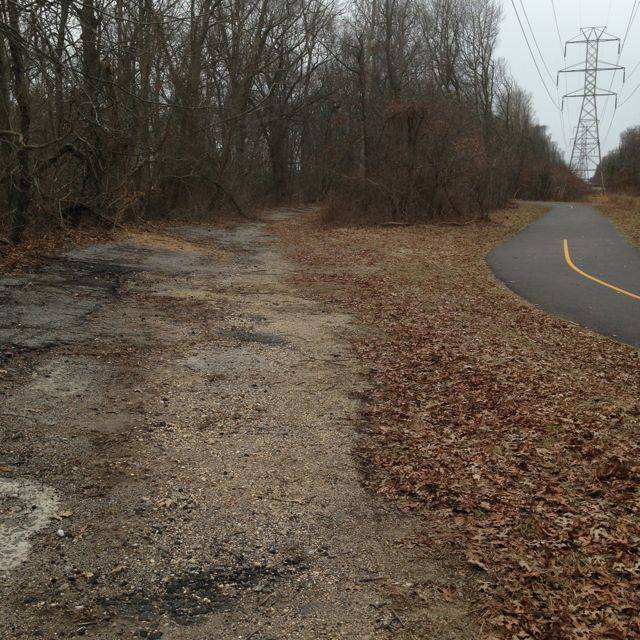 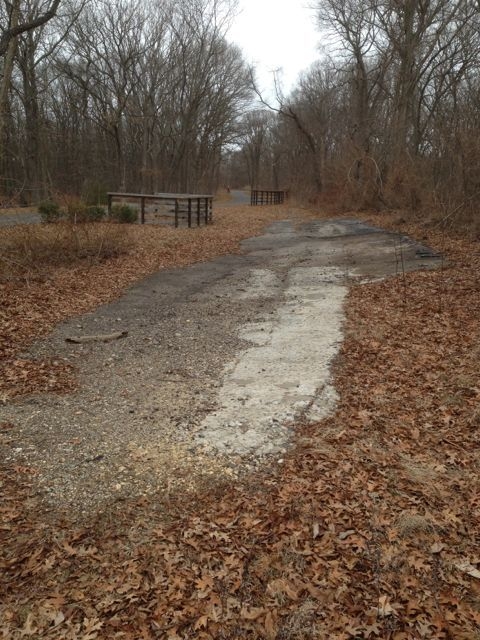 (the berm of the roadway is clearly in evidence when you are there in person, but also is somewhat noticeable in these pictures

- the above post is to the right of this pathway)

These pictures were taken in 2006 in the northern part of the park. The pictures showing roadway might be the Motor Parkway and could be what I've shown in the earlier pictures on this page. Also, during this exploration I came across two posts shown below that also might be what I previously have shown. I'll never know as when I took this picture I neglected to note where the posts were in the park. Will I ever find out or will this always be a mystery? Maybe during another excursion

into Bethpage State Park I can once again find these posts and find out; and this time I will certainly record their exact location. 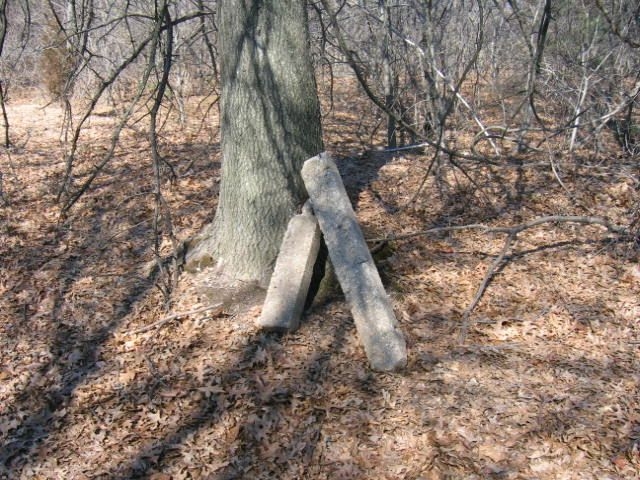 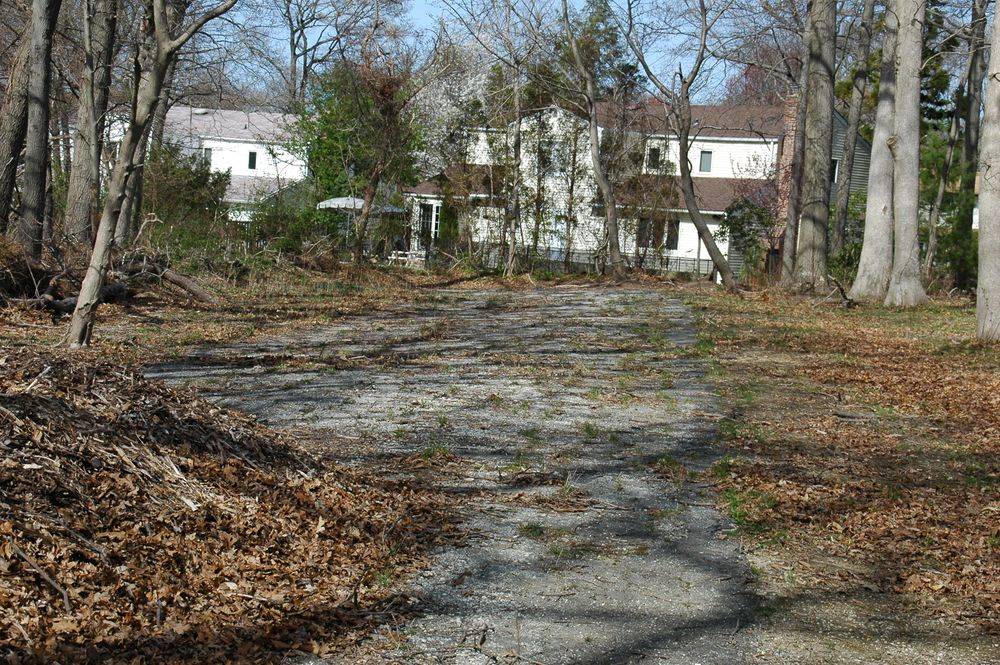 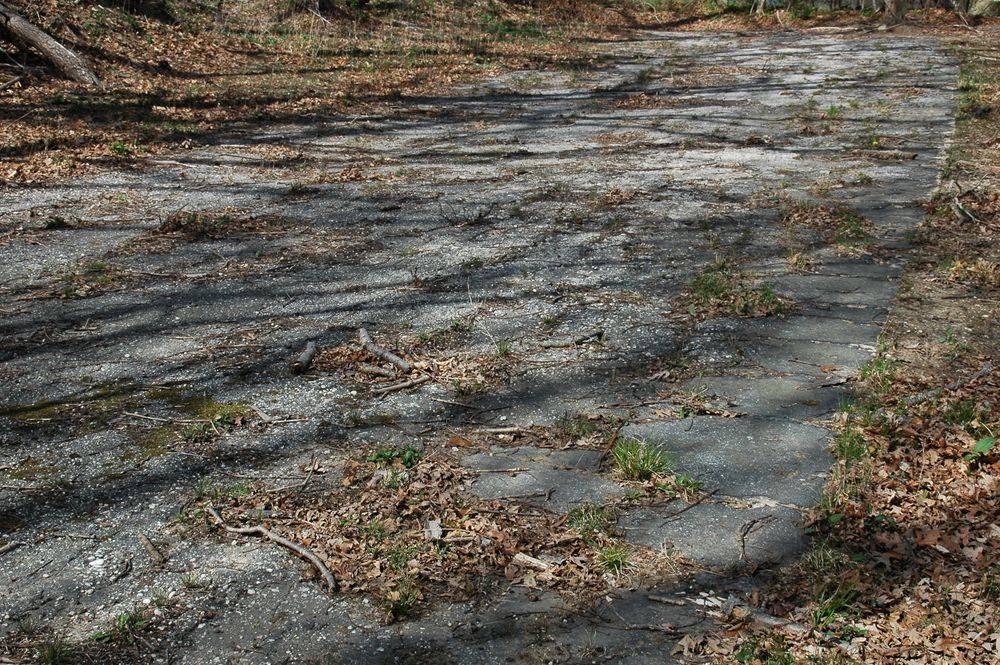 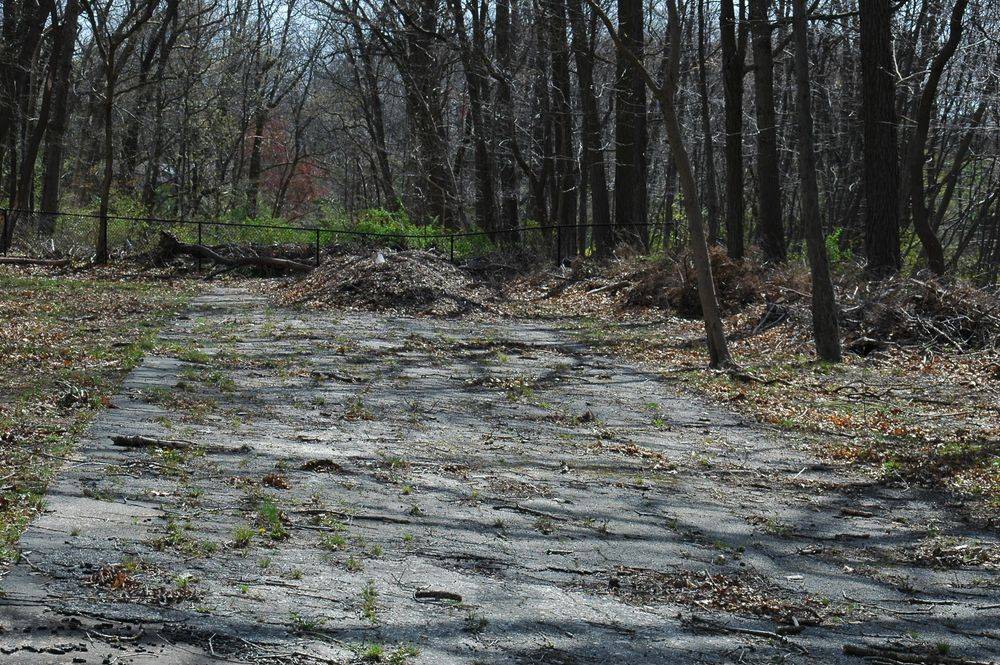