With a day off from work in April, 2009, and having dropped off my daughter at LaGuardia Airport in Queens, I decided to spend some time exploring Cunningham Park for remains of the Motor Parkway. This area is west of my previous pages showing the route of the LIMP in Queens, with the Clearview Expressway on the east, Francis Lewis Blvd. on the west, and Union Turnpike on the south. The area now houses a number of ball fields and a wooded area, south of the ball fields and north of Union Turnpike. The wooded area is where I needed to be, as this was the where the LIMP actually was.

These two aerial photos show the location I'm discussing on this page. The 1954 photo on the left clearly shows Union Turnpike on the bottom of the photo with the Motor Parkway going east and west north of it in the wooded area. Francis Lewis Blvd. is on the left. The ball fields were not there yet (where the buildings are in the aerial) , but the photo from 2006 shows the same area and where the ball fields are today. When the Clearview Expressway (I-295) was built, the Motor Parkway came to a dead end on its eastern side. Later, the greenway, sitting atop of the original Motor Parkway, was diverted north and went under the Expressway leading to the ball fields mentioned above. The greenway continues around the ball fields but at this point was not on the parkway roadway. But, picturing the Motor Parkway, pre-Clearview Expressway (and by comparing the two aerial photos), you can easily determine where it would have gone through in the wooded area. And, as soon as I began hunting, more posts than I could have imagined were there. Literally, probably a hundred or so, lining the route of what was then the Motor Parkway. 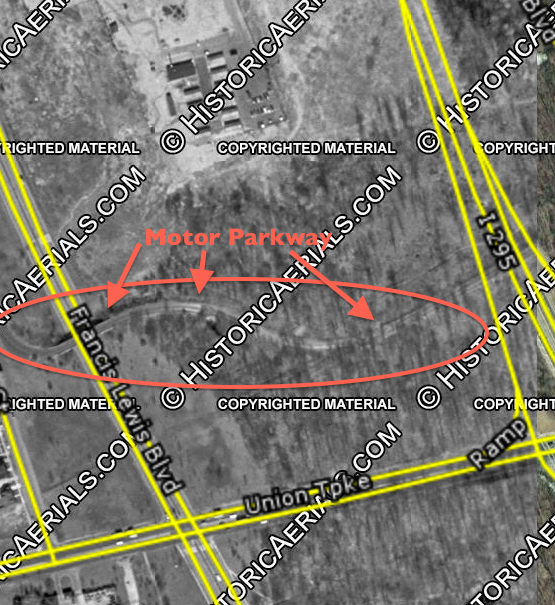 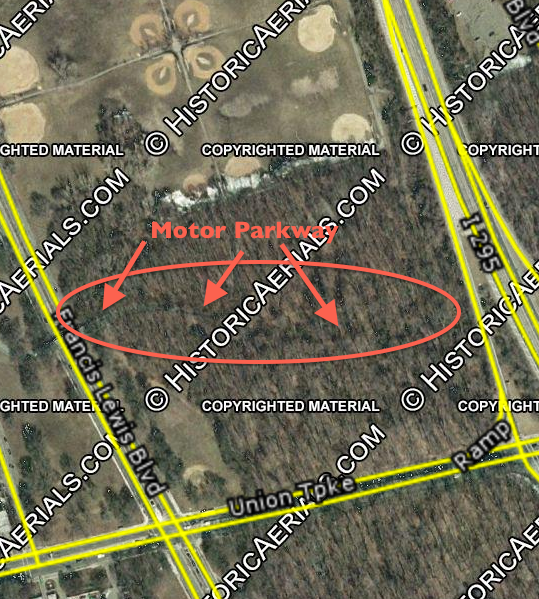 From the Ball Fields to the Posts

These pictures show the greenway entering the ball fields from east of the Clearview Expressway, under the underpass, and entering the area that needed more investigation. Note that the path around the ball field is not the route of the Motor Parkway, which actually ran south of it, within the wooded area mentioned above. The second picture shows a white bridge (top, middle) that was used by the LIMP to go over 73rd Avenue as it made its way to its end point, today's Horace Harding Blvd. The bridge will be featured in another page, soon to be posted. The third picture shows the entry point to the wooded area and the posts. 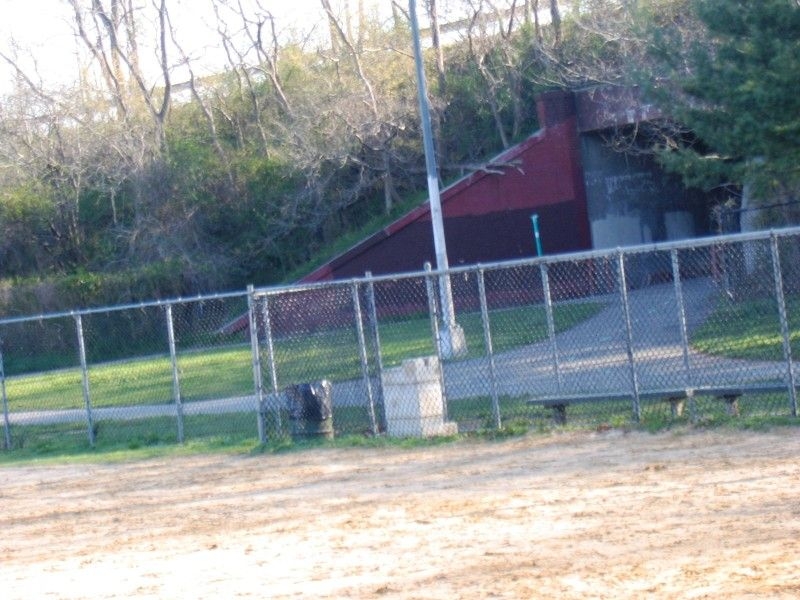 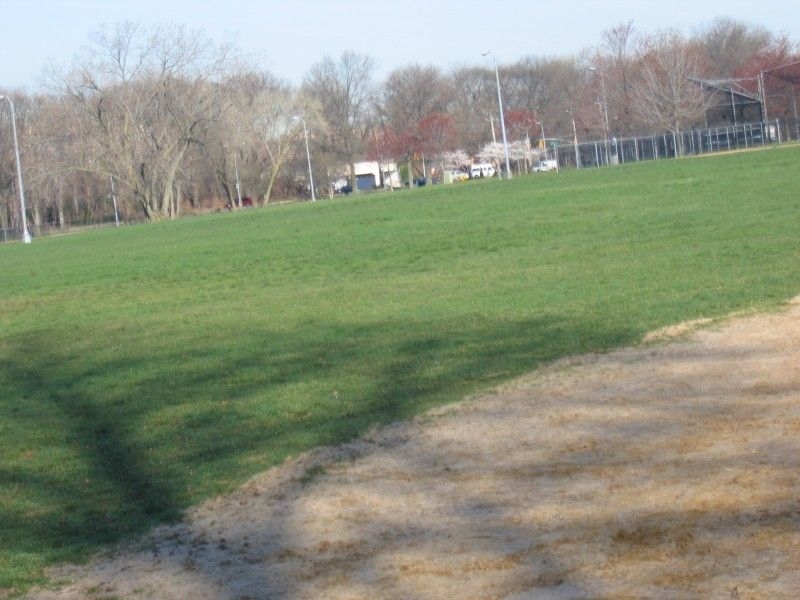 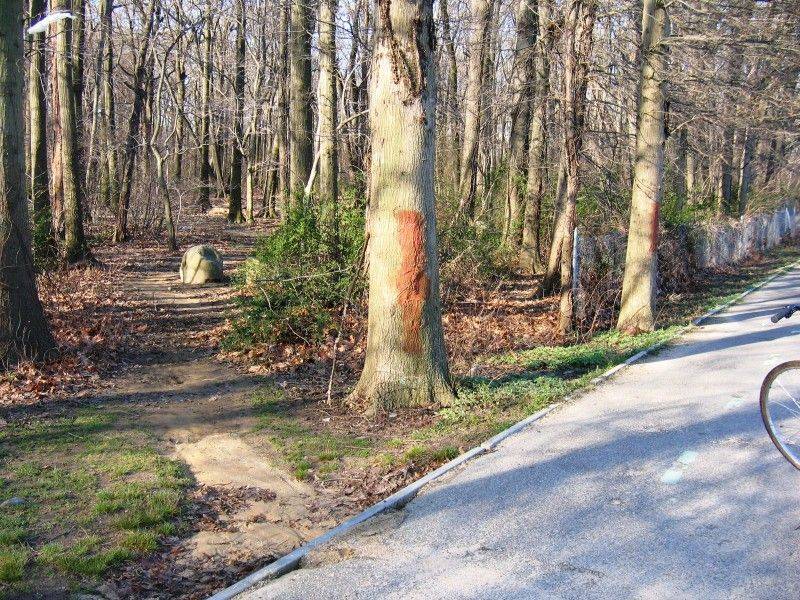 Did Anyone Say Posts?

Here are a number of shots of the many posts that survive today. This was the third time I've been to this area, but the first time I've been able to get into the woods to seek out the posts. The first time was during the spring or summer, when the bushes were overgrown with not much easy access available. The second time was more recently, Dec. of 2008, however it was after a period of rain and the area was just to muddy to get into. I must be getting old, as this probably wouldn't have stopped me in the past. But this time proved it was worth the wait. Posts line the entire route of the Motor Parkway from the Clearview Expressway on the east (some shots show it in the background), through the main part of the wooded area, and then as the route moves north before exiting and heading over Francis Lewis Blvd. Some posts appear to line both sides of the parkway route with its route easily marked. Being in this section of the parkway with an abundance of original posts, you can only imagine how it must have looked like some 80 or so years ago. Enjoy the photos, which show only a small number of the posts actually there. Most of the shots were looking west, except for this first one, facing east and towards the Clearview Expressway 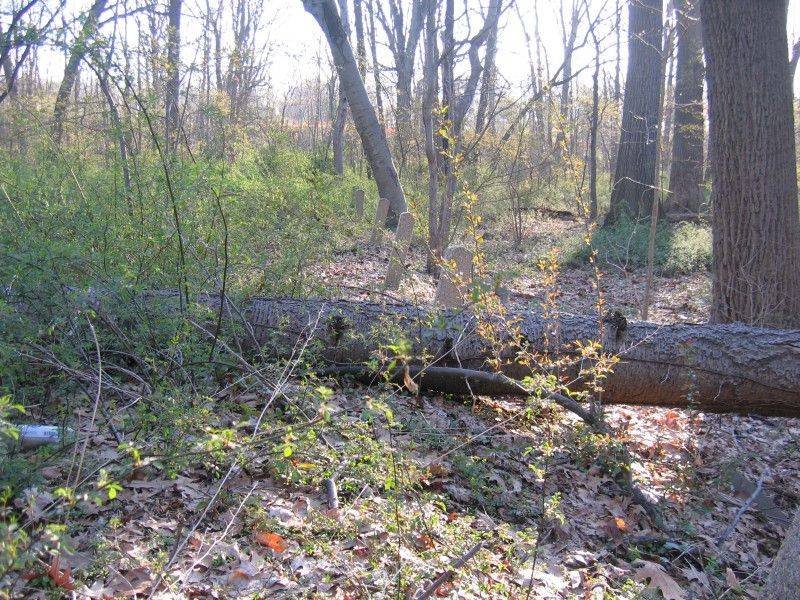 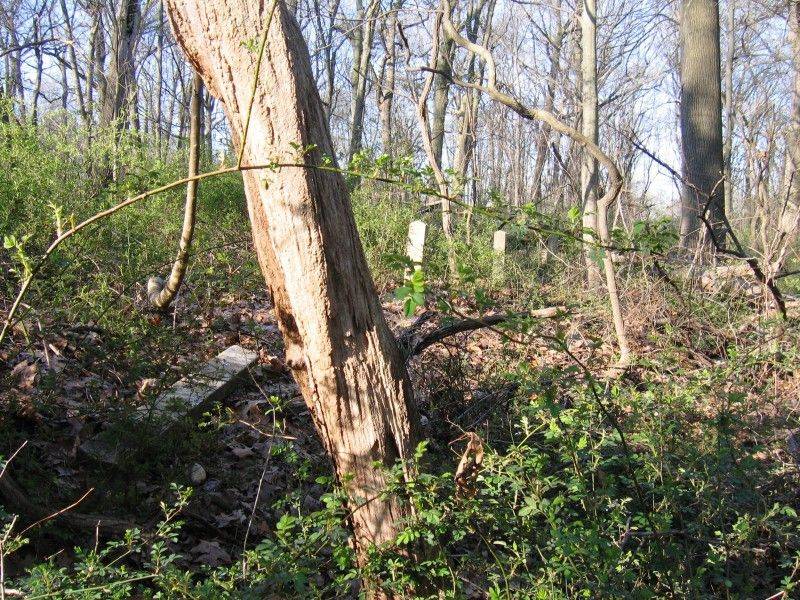 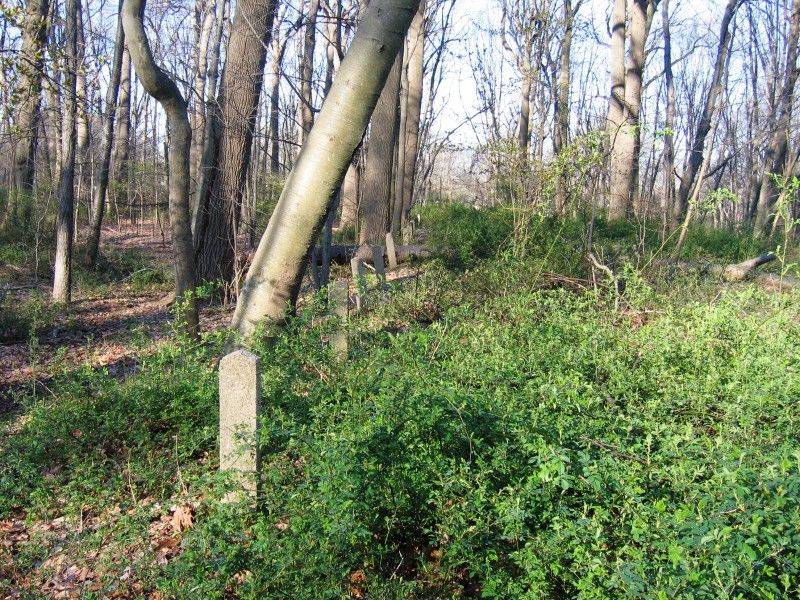 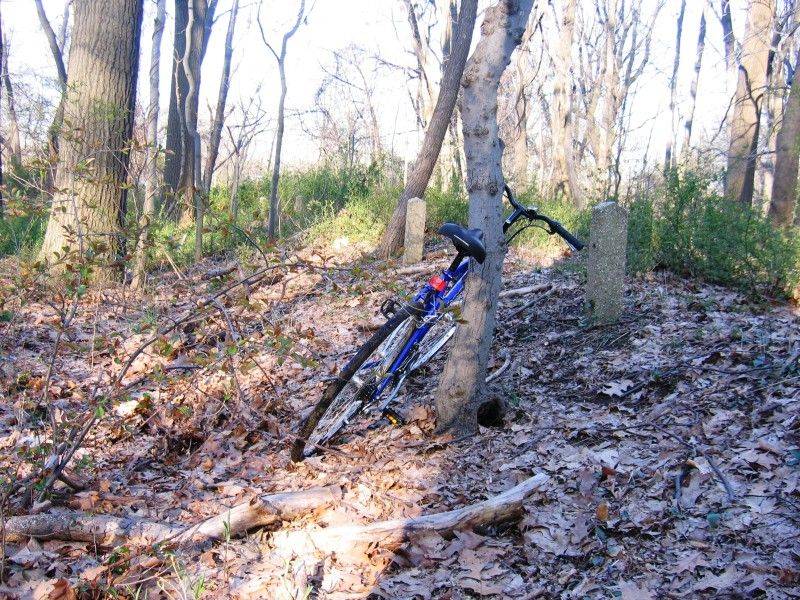 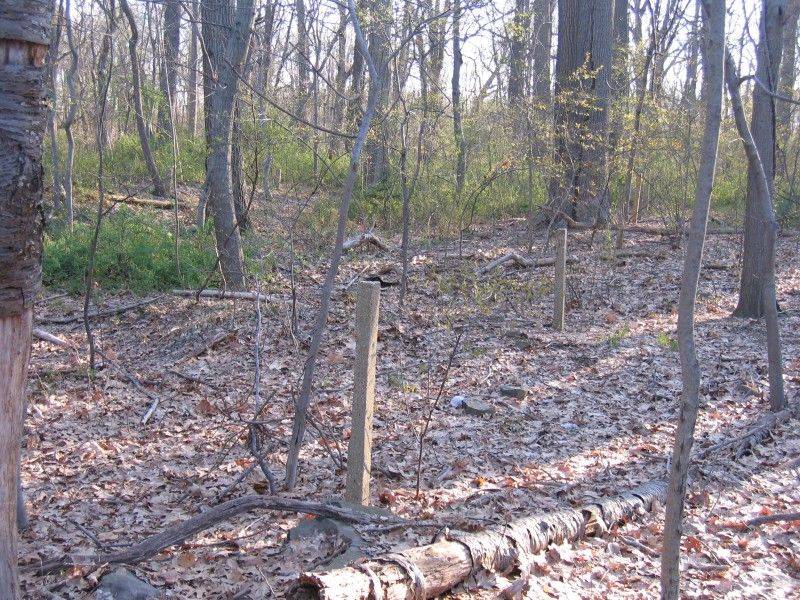 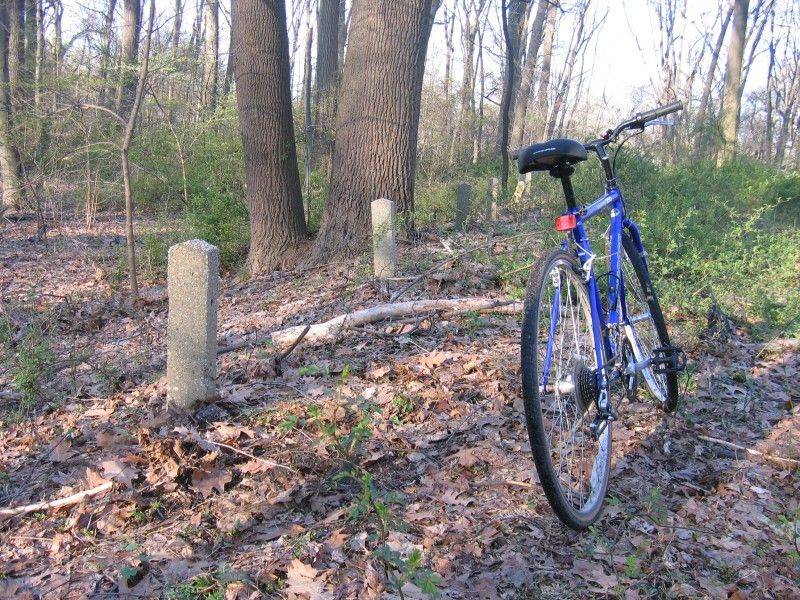 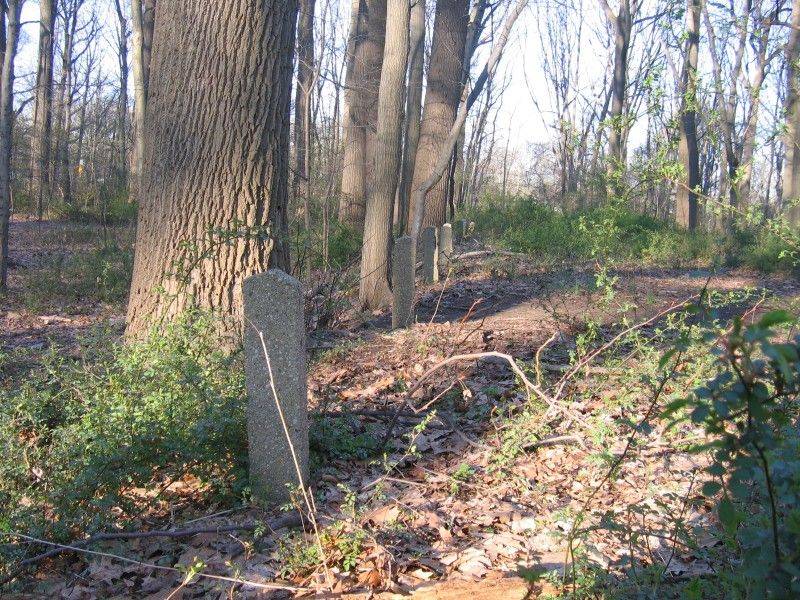 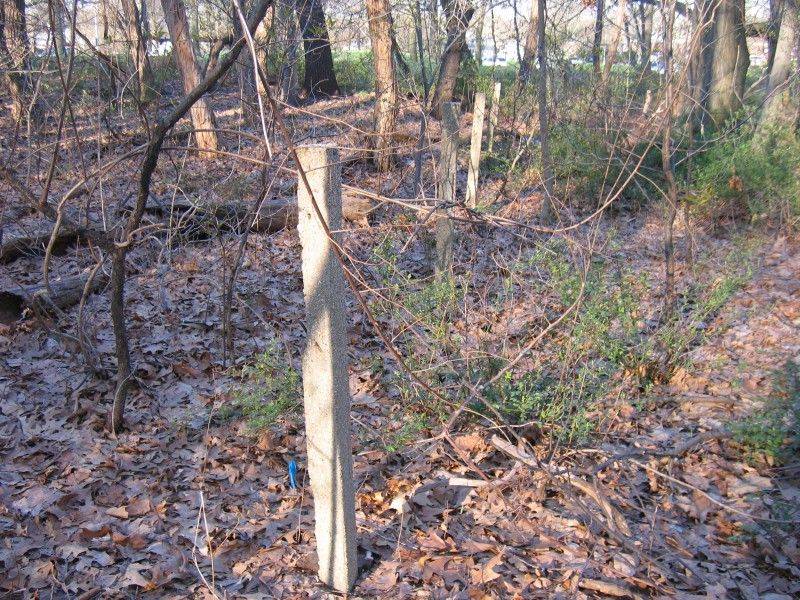 Looking back into the the wooded area, from the west, next to Francis Lewis Blvd. 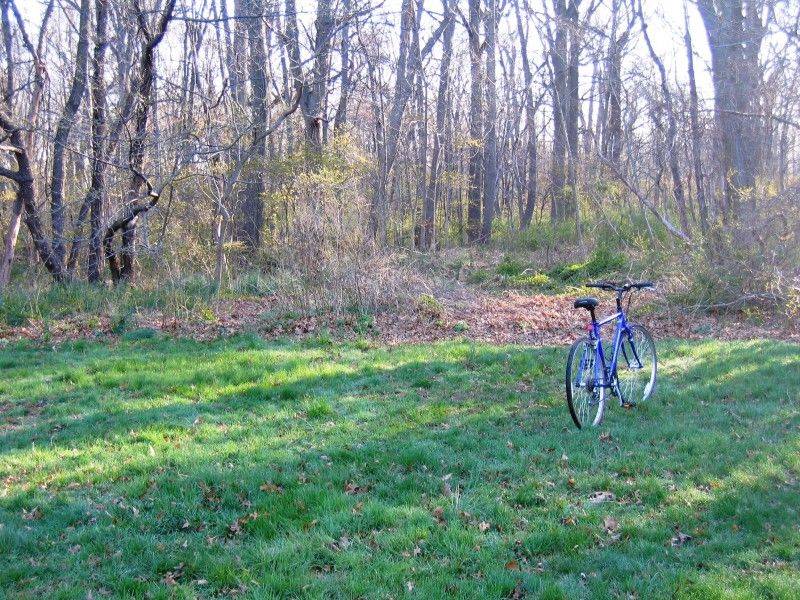