In December of 2011, two members of the Society for the Preservation of the Motor Parkway accompanied me on my latest exploration in Suffolk County. Ken, Steve and I met at Five Towns College on Burr's Lane in Dix Hills, north of the Long Island Expressway on the Friday before Christmas hoping Santa would be good to us. Both Ken and Steve had previous connections with the area and were eager to see what we could find. Ken had explored the area back in the 70s and was able to provide some context as to where the Parkway meandered before many of the homes that are there now were built.

We started out looking in the southwest corner of the field used by Five Towns College, adjacent to the LIE's north service road and on the east side of Burr's Lane. The picture on the left shows the intersection of Burr's Lane and the service road, looking east and the Five Town's field. Nothing was found there so we proceeded to walk east across the field to where Ken suggested the Motor Parkway would be and where it appeared to be based on historicaerials.com printouts I brought along (i.e., the trees on the far end of the field shown in the pic.). The bushes were pretty thick but we were able to get to a fence that surrounded the field to take a look (after ending on my rear end once or twice). On the other side of the fence were homes, with a line of trees further ahead, which we agreed would have been the appropriate clearing for where the Motor Parkway would have gone. However, even if were were able to get past the fence, we thought it best not to proceed through private homes. But still nothing in terms of posts, relics, etc. So far, Santa did not appear to have us on his list of those that were good in 2011.

Later on, we came across the daughter of one such homeowner who happened to be the first homeowner on Broadoak Lane who said they knew about the Motor Parkway running through their backyard, but no one had done any further research. Of course, I presented our membership card identifying us as members of the Preservation Society which added some credibility and inquired as to whether it would be possible to take a look around. The daughter didn't think it would be a problem but that that day wasn't good. She has our names and numbers and was going to have her parents call us to find a day and time we could come back. So far, no calls.

Steve's son graduated from Five Towns College and told Steve of an old cemetery on the property which we decided to find. While searching, someone from the college came out and obviously asked what we were doing. He was aware the Motor Parkway ran through the property and was kind enough to point us in the direction of the cemetery. A number of headstones dating back two hundred years were found with the cemetery maintained by the Huntington Historical Society. After this, we decided to search the area on the west side of Burr's Lane, directly across from the Five Towns field where we had started our excursion, and on the north side of the LIE service road. Would this yield Motor Parkway posts? Read on . . .

Well, I guess there really isn't a Santa Claus as I originally thought! A few days after posting these pics a fellow Motor Parkway enthusiast took a look at these posts in person and determined that they were not Motor Parkway posts, but were used as parking stops. The first pic below on the left shows the area west of Burr's Lane on the north side of the service road looking south; the LIE is in the background. Then next two pics show what I thought were Santa's present to Ken, Steve and I! Well, since Easter is coming up, maybe the Easter Bunny is real! 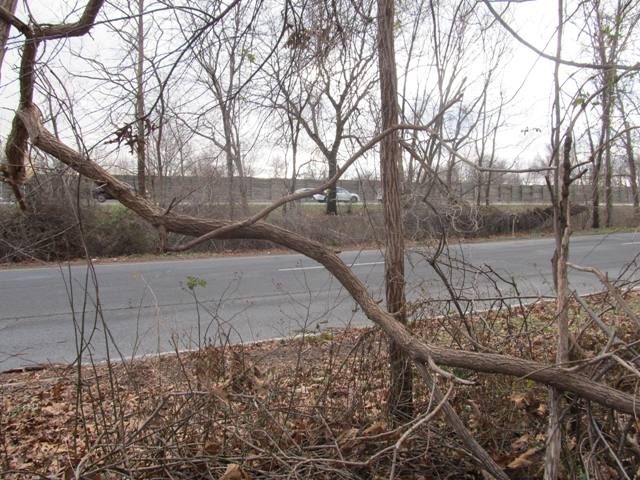 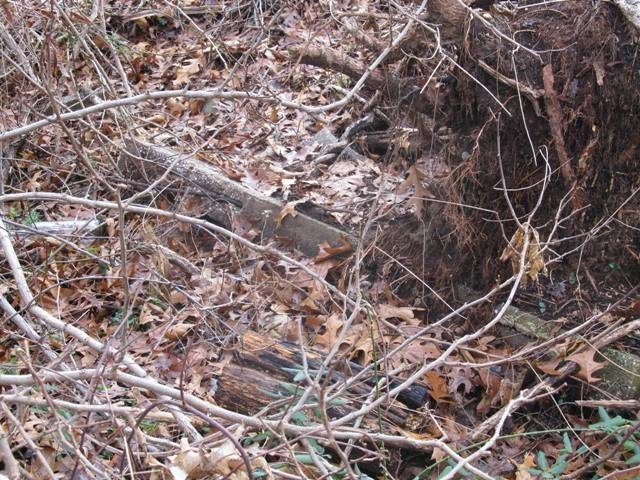 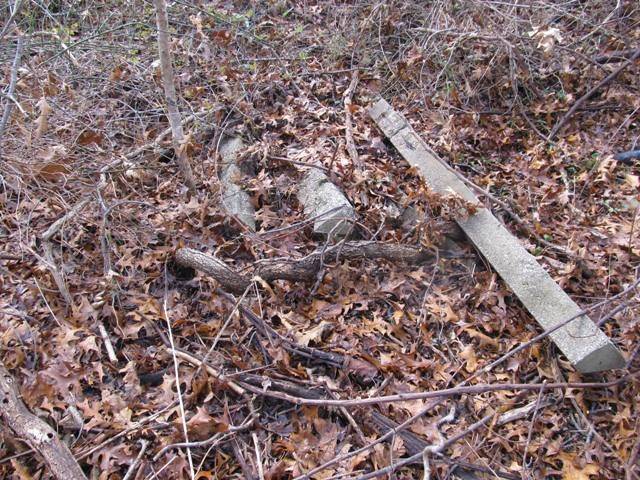 Of course we also found some newer relics of the age of the automobile located nearby. I'm sure the drivers on the Motor Parkway didn't have to worry about No Parking signs! And I thought it very appropriate that the Half Hollow Hills Transportation Center would be located on Burr's Lane, just a hundred yards or so from the Motor Parkway. And of course, some tires. 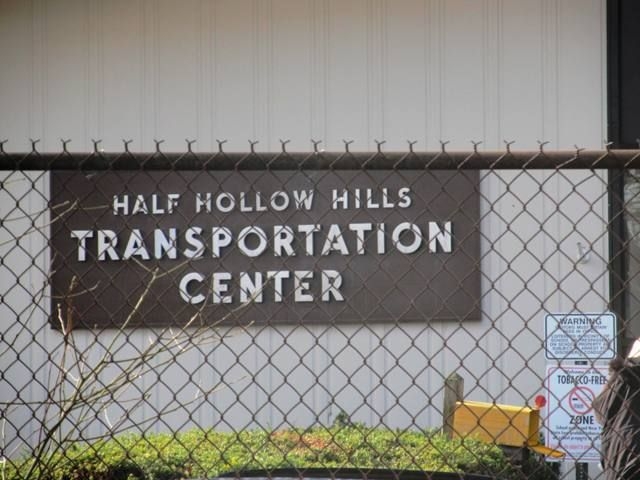 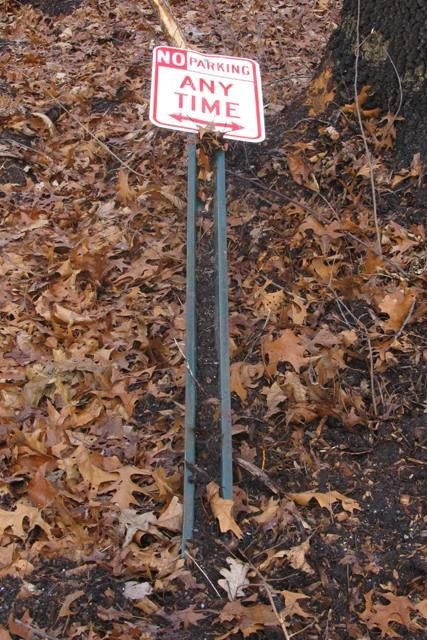 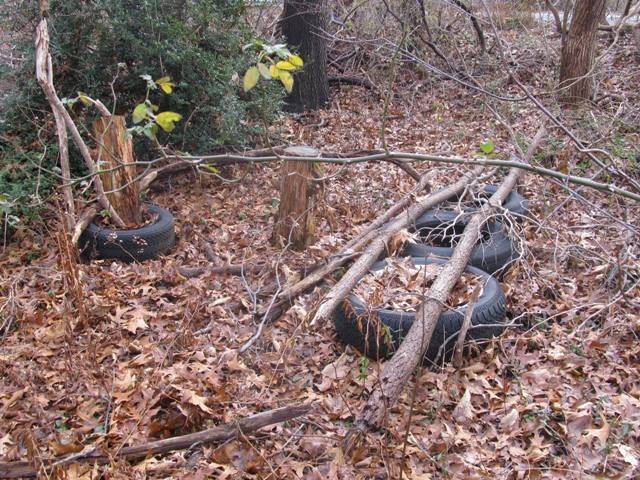