The Motor Parkway area in Levittown has been the site of numerous efforts to develop the property for residential use.

Over the past 25 or so years, part of this area has been the center of lawsuits following a developer's request to be granted a zoning variance in order to erect 20 homes (later changed to 16).

In December, 2006 local homeowners and others devoted to maintaining the historical significance of the area won their battle to keep further development of this area from occurring (however, ultimately losing the war as you'll read later on). The following letter was received in December, 2006 providing further details. Additional information about the court cases discussed in the letter can be found in these links to the NYS Supreme Court website. https://www.nycourts.gov/reporter/3dseries/2006/2006_09244.htm and https://www.nycourts.gov/reporter/3dseries/2006/2006_09245.htm.

2012 once again saw Josato (aka Terra Homes) try to develop Levittown property once used by The Long Island Motor Parkway and which contained the area of the Vanderbilt Cup Races Grandstand. Their plan this time was to erect 46 two-story connected townhouses off of Crocus Lane, between Orchid and Blacksmith Roads.

Numerous meetings of the Levittown Property Owners Association (LPOA) indicated displeasure of Josato's proposal, which needed approval by the Hempstead Town Council for Josato to proceed. Howard Kroplick, President of the Long Island Motor Parkway Preservation Society and Town of North Hempstead Historian, presented the significance of the Grandstand area to the LPOA and at the Town Council hearing on October 3rd (after several postponements the meeting finally occurred). Several members of the Preservation Society, including myself, attended the hearing to raise objections to the proposal; I was particularly concerned for the two remaining Motor Parkway posts still on the property. Residents of Levittown were also in full force and were allowed to comment after Josato's lawyers and "expert" witnesses presented their case. Council members quickly realized the lack of support for the proposal as only a handful of comments in favor were made while nearly 10 times that number were heard opposing the proposal. Needless to say, after 5 hours of testimony and public comment, council members voted unanimously NOT to approve Josato's request. Once again the site was saved from development. A combination of local opposition and historical significance of the property prevented the proposal from being approved.

For more details of the proposal and the Town Board's decision see the following web pages from Howard's blog. 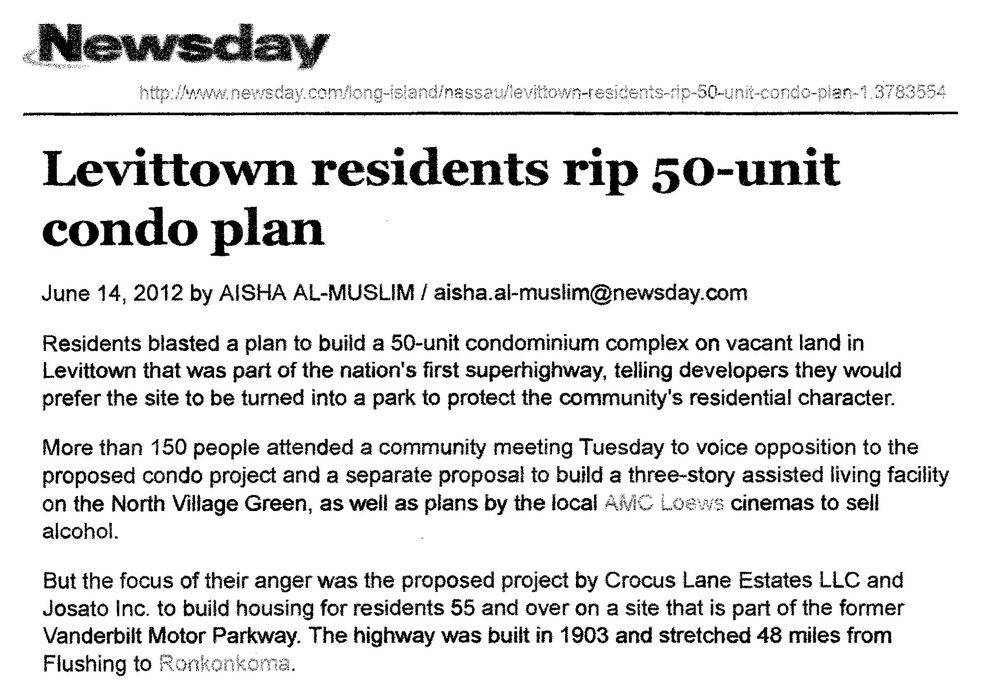 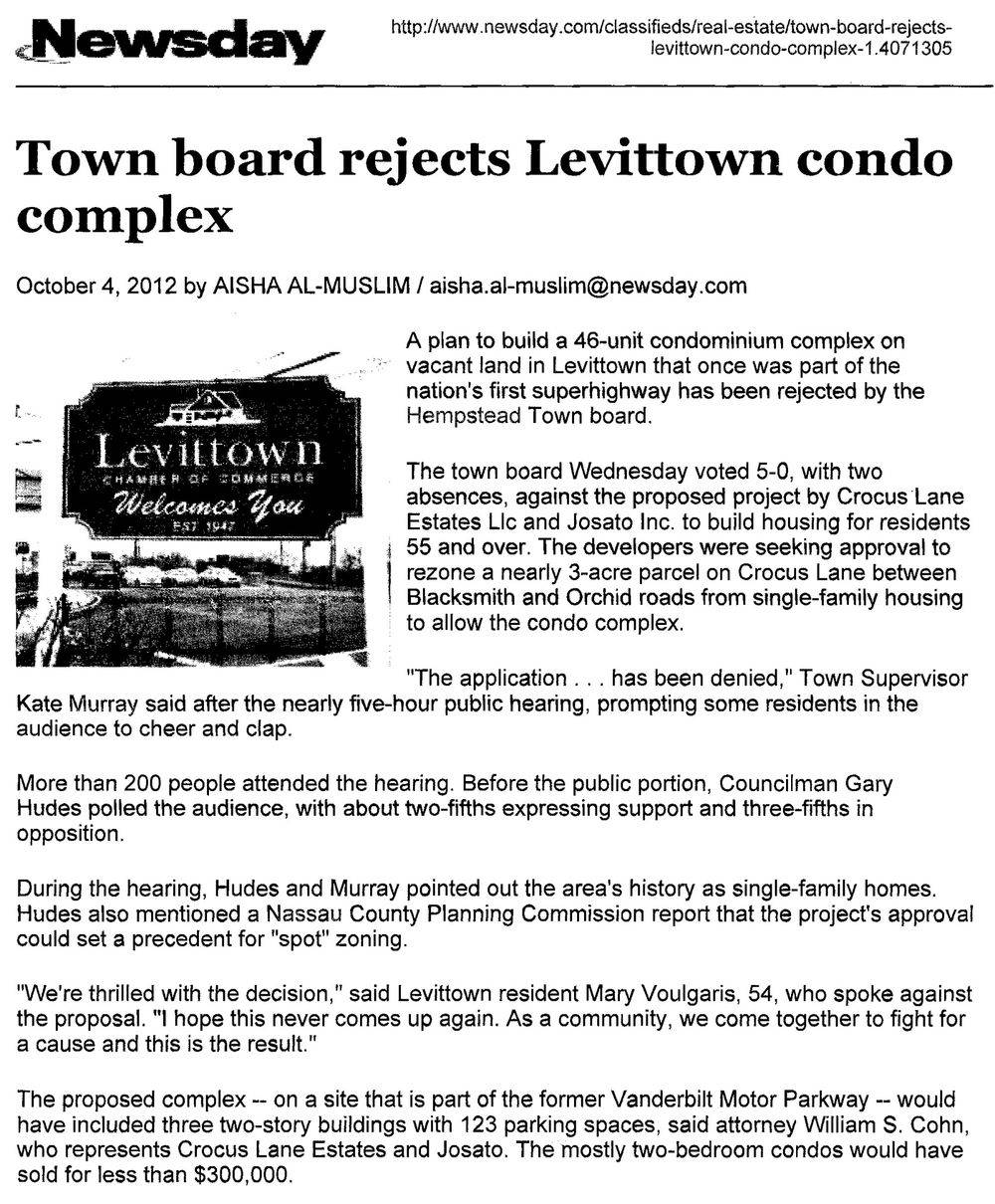 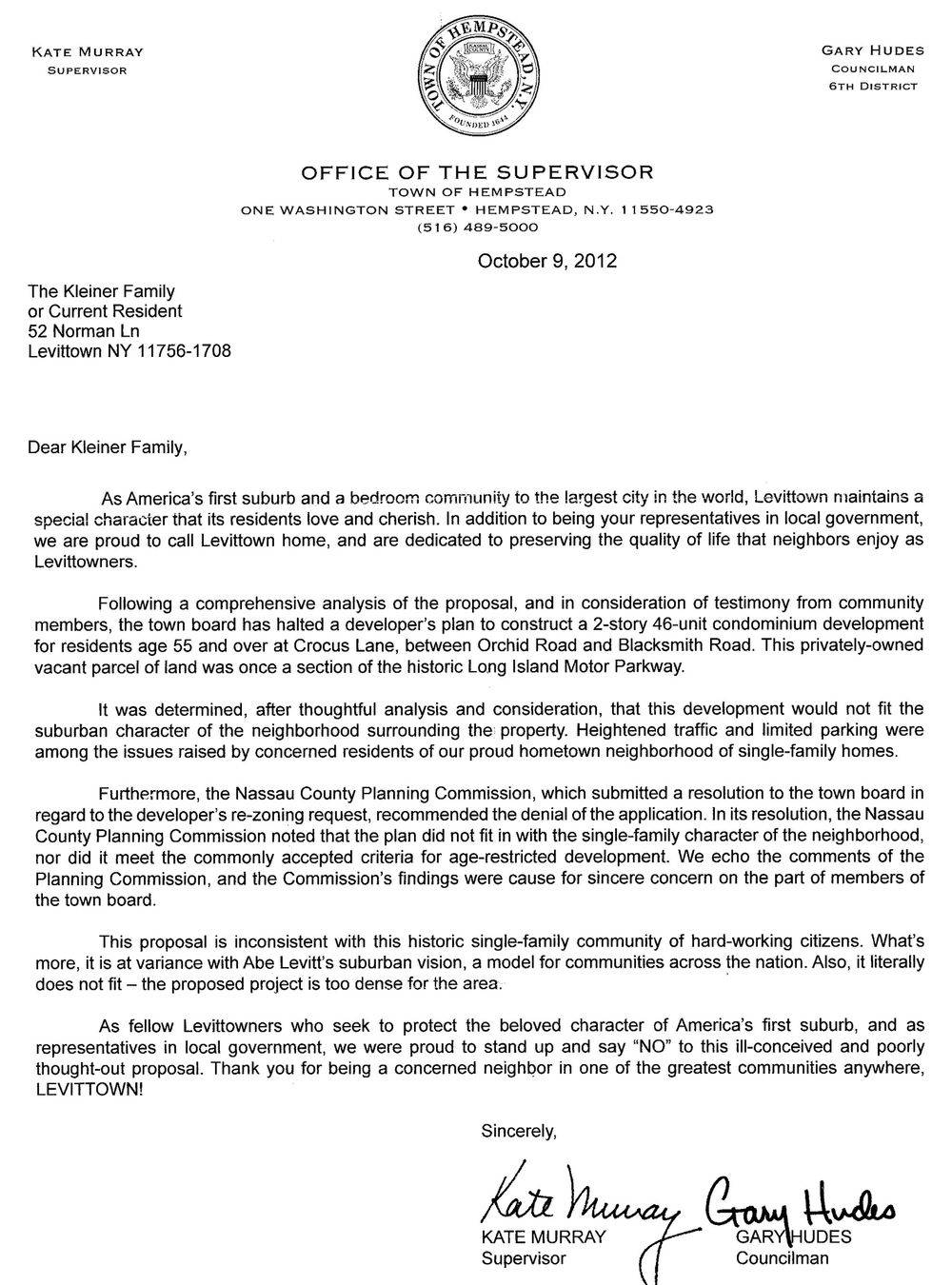