On the south side of Salisbury Park Drive in Levittown in a somewhat wooded strip between the street and a LIPA facility, lies remnants of the Motor Parkway that have for the most part gone unnoticed. The Motor Parkway went west across today's Wantagh Parkway towards Eisenhower Park and east towards where it went over Newbridge Road (near where the East Meadow firehouse is now). I've lived not more than a half mile away from this area for over 20 years and just within the past year understood its historical significance. Here are some pictures of pieces of original roadway and posts that lined the roadway.

Right Around the Corner From Here

The lower portion of this 1950 Hagstrom map depicts the area discussed on this page. I've indicated in red text where the Motor Parkway crosses into Levittown, east of today's Eisenhower Park (the roadway lies just south of today's Salisbury Park Drive, which is not on the map). Directly south of where the Motor Parkway is indicated lies the Long Island Lighting facility (LIPA) discussed above. The Parkway ran east, crossing the Wantagh Parkway Extension (see green roadway on the left side of the map)and continued across Newbridge Road/Route 106 (indicated in yellow). Traveling parallel to the Long Island Central Rail Road tracks as seen in the map, the Parkway took a northward route (the red line)just a bit and then headed due east between today's Woodcock Lane and Orchid Lane. The Vanderbilt Cup Races ran through this area and this stretch is where the grandstand once stood. The page after this one documents the Grandstand area. One item particularly of interest to me is the red dot north of the Motor Parkway between Greenbelt Lane and Twig Lanes. The dot represents the approximate location of where I am entering this text some 54 years after this map was created. My house was built in 1954, four years after Hagstrom published this map.

These links shows the same area as the above map does. The first is from 1966 and the second is from 1980. Both show Salisbury Park drive coming from the left (west) across the Wantagh Parkway and just north of the LIPA facility towards the bottom of the pictures. Crossing the next road, Newbridge Road, it curves north before heading east again.

During the spring and summer of 2006, LIPA (the LI Power Authority) installed underground cables throughout much of LI, with many locations near the LIMP right of way or the actual roadway. These photos, taken in April, 2006 show a bulldozer parked very close to a LIMP post, and several posts in harms way. Who would win - machine or post? Well, on a trip back to the area in Feb., 2009 I found the original posts still there, albeit having been moved somewhat. But at least, the posts won and they remain! The fifth picture is how the area looks today, somewhat cleaner than prior to the LIPA work. This is an excellent reminder of the LIMP back in the days when it was in operation. 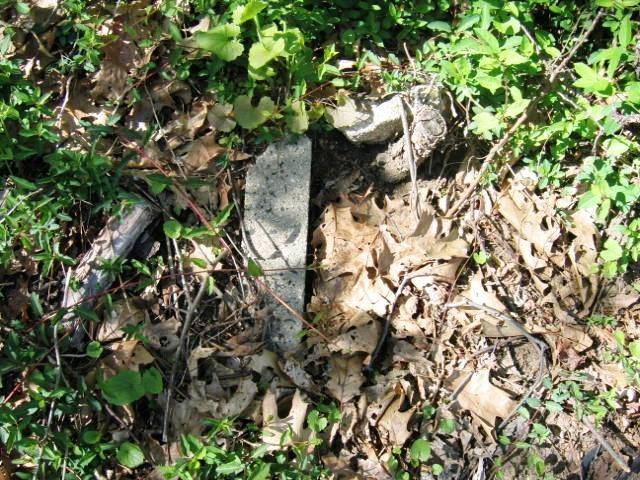 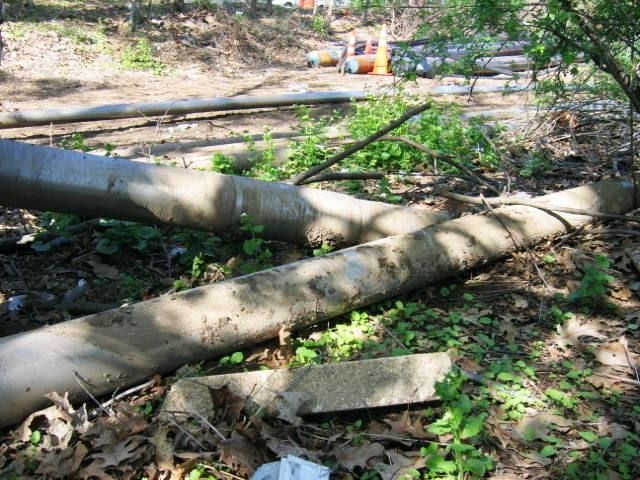 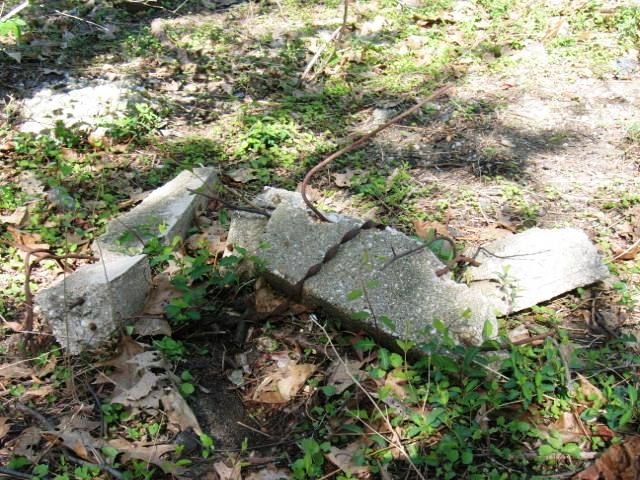 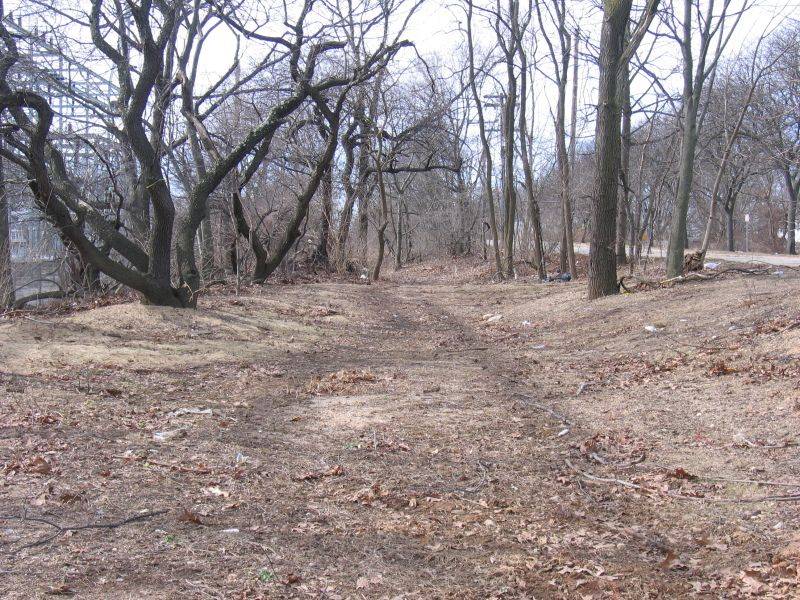 This picture shows the south side of Salisbury Park Drive with the LIPA facility in the background towards the left of the picture.

Here are some pieces of original roadway. They were found on the ground along with some of the posts featured in later pictures.

This very intact post was found lying on the ground.

Notice the metal wire coming out of the hole in this post.