These maps were taken from the archives of several newspapers in the early 1900s including The Brooklyn Daily Eagle, Brooklyn Life and The New York Times. Maps were used to promote the Parkway itself, Long Island or nearby businesses. One was even used to report the location of a crash between a train and a motorist. Maps may not be in chronological order.

The next page contains maps showing the Motor Parkway as part of news stories about the Vanderbilt Cup Races. 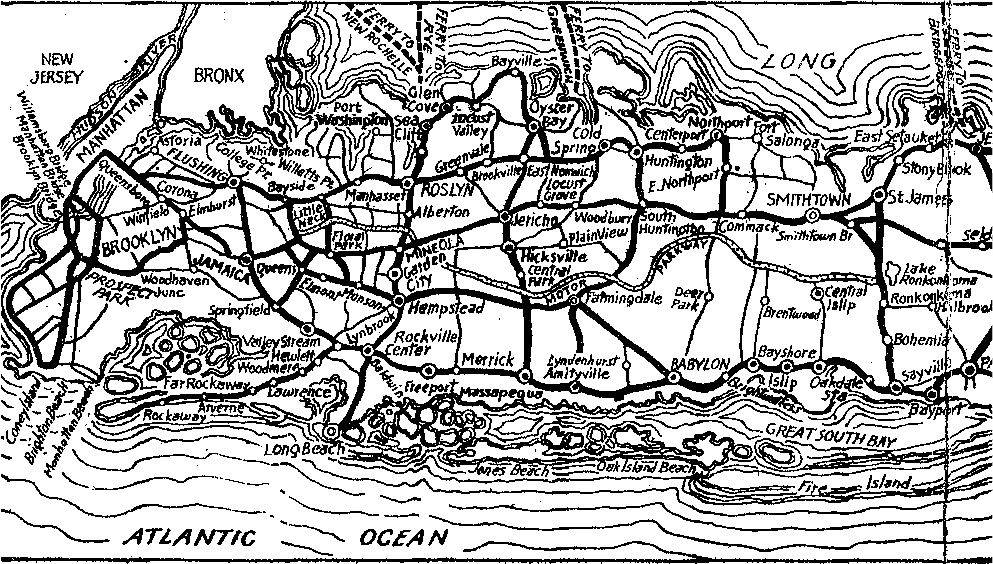