Due to recurring flooding in the Mineola and Carle Place communities near the old Motor Parkway right of way, Nassau County and the Town of North Hempstead participated in a 2012 construction project that was intended to correct the problem. Being informed of the significance of the Motor Parkway, the engineers made their plans with as little impact as possible. Below is a survey done with several notations indicating the Motor Parkway bridge over Westbury Avenue, the boundaries of the Motor Parkway land, the low point of the parkway and even remains of bitumium roadway. Interesting the subdivision adjoining the area in question was filed in 1950 and named Tollgate Village!

And here are some pictures looking north from Wesbury Avenue taken in October, 2015 of how the area looks today after the project has been finished a while. Note the post along Westbury Avenue still remains. The area within the metal fence is the recharge basin and concrete spillway noted in the survey. This is obviously not accessible, where prior to the project the entire Motor Parkway area was. 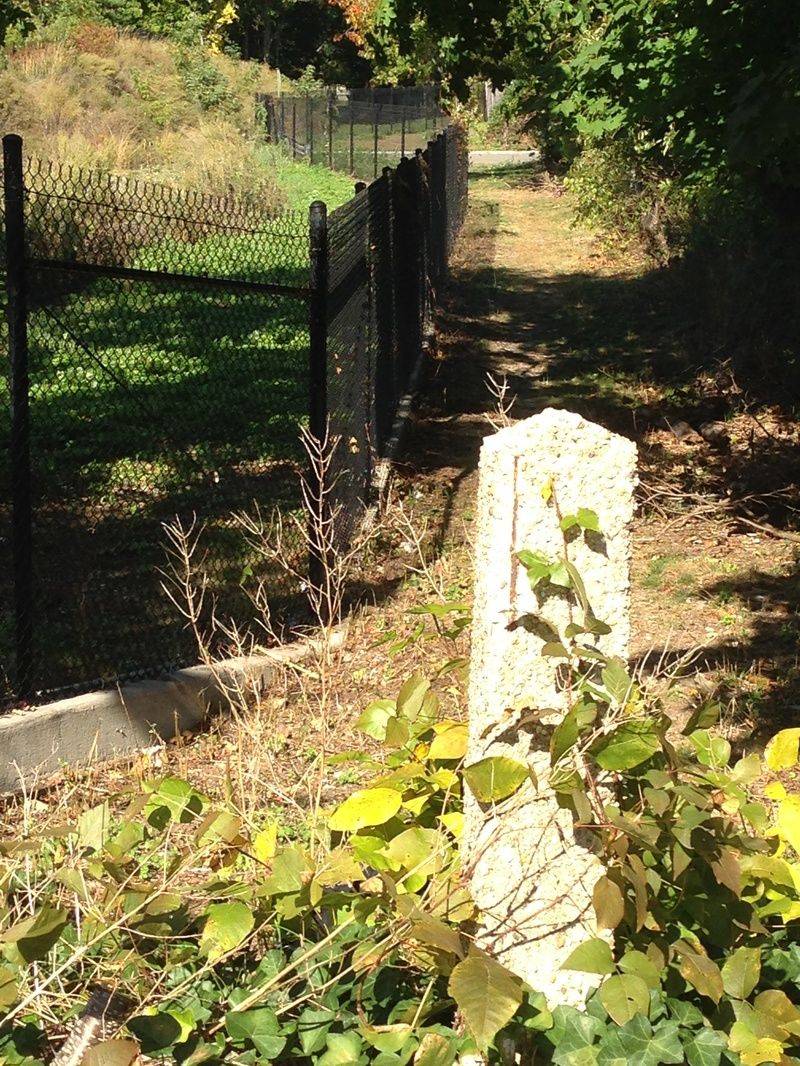 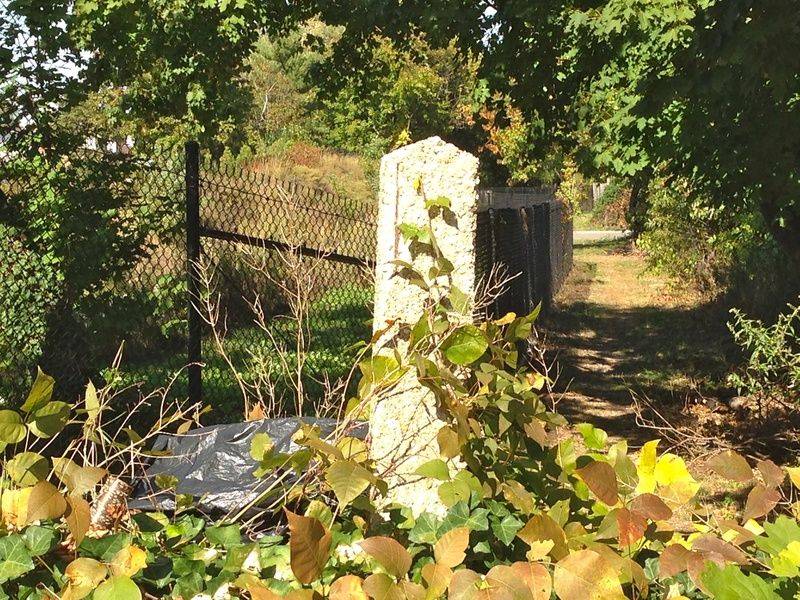 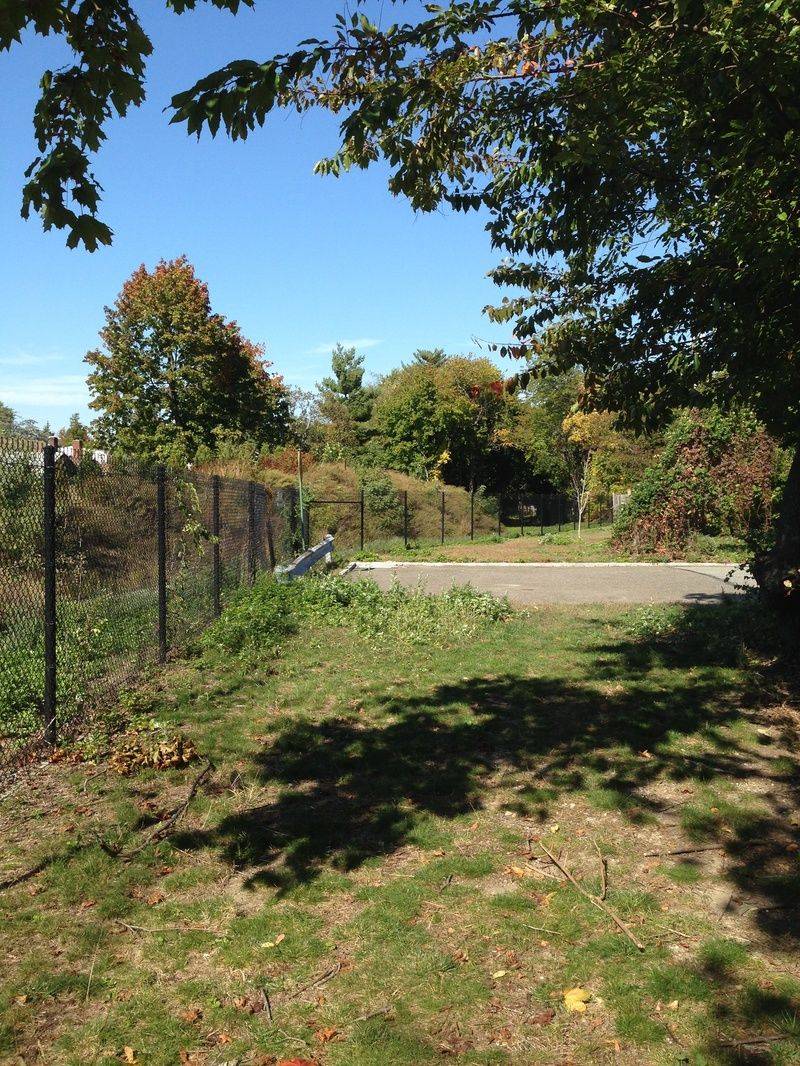