The previous page on Spagnoli Road shows a picture of a bridge used by the Long Island Motor Parkway. The page you are viewing now provides more detail about the bridge which is actually located in the confines of the Old Bethpage Restoration Village in Nassau County (off of Round Swamp Road).

The bridge is on the south side of the Village and as the following pictures show is in an area of think brush. With the approval of a Village official, I set out to find the bridge in the summer of 2003. The bridge was known to the official and he indicated where the bridge should be on a map of the Village. Following the map and equipped with my digital camera and a long sleeved jacket and pants (so as not to worry about poison ivy, thorns, etc.) I set out on the journey. Along the way I met various Village employees, all dressed in the period of the 1850s, which is the theme of the Village, and I explained my purpose. I spent some time with one person in particular who recanted his early days in Bethpage. An interesting and very informative morning as these pictures show.

Bridge View from the Path

The bridge is seen directly in the center of this picture surrounded by heavy brush. Getting to the bridge from the main path of the Village took some doing, but it was worth the effort.

This is a view of the underside of the bridge. The Village official warned me that it would not be in my best interest to climb on the bridge itself as he could not guarantee its structural soundness. I followed his direction. On the other side of the bridge, directly across from where I was standing to take this picture, a fence can be seen that I believe to be the southern border of the Village's property. I wasn't aware at that time that I would locate this spot while walking north from Spagnoli Road on another adventure a few months later. My page on Spagnoli Road details this more fully. The next picture shows a view of the bridge from the other side of the fence which was taken during my Spagnoli Road journey. Obviously the picture was taken in a different season as shown by the missing greenery.

Assorted Pictures of the Bridge

Theses next two were taken from the fence side of the bridge.

This was taken directly from the underside of the bridge. The date of the bridge's construction (1910) is clearly marked on the western abutment.

2014 Pictures - Bridge and Posts found nearby 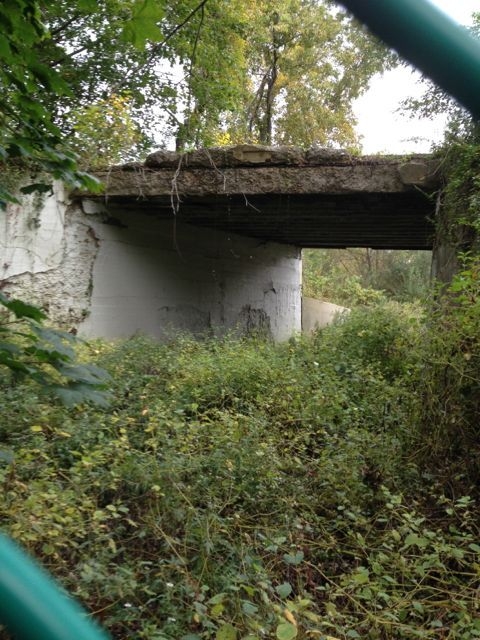 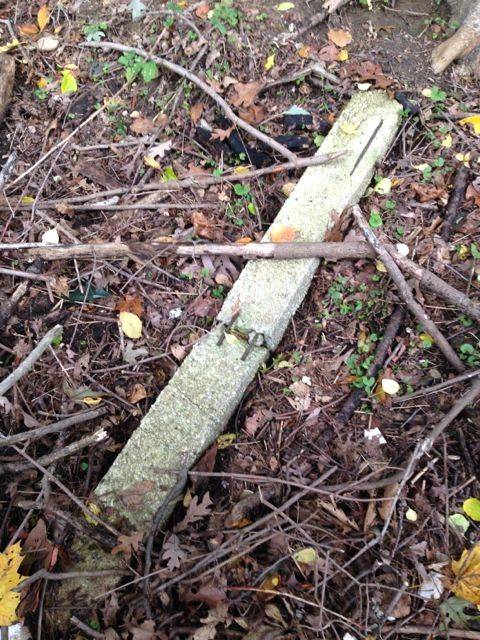 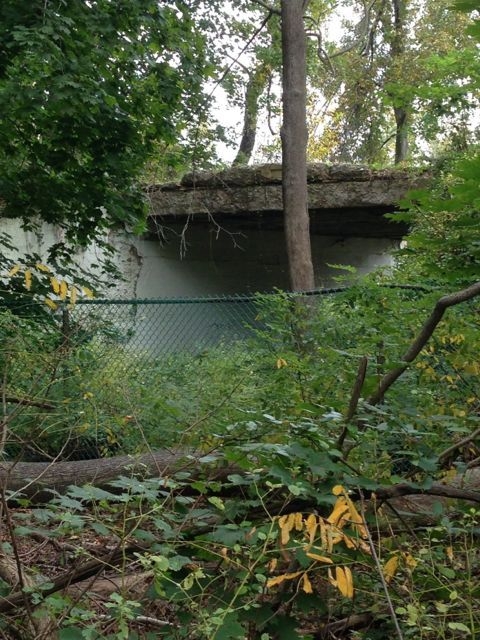 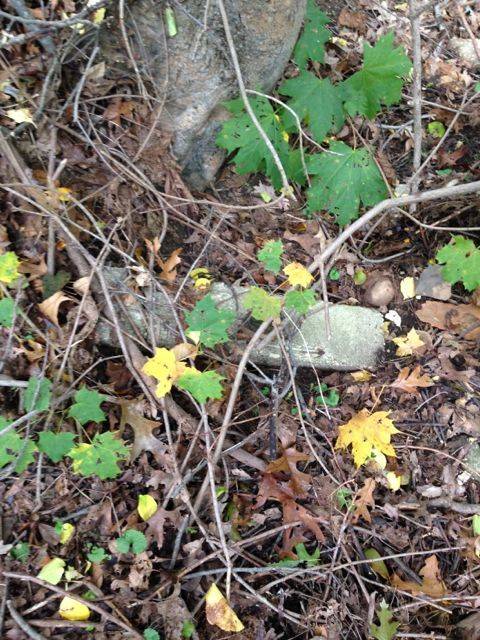